BRUNSWICK, GA: United Way announced investments in 39 problem solving programs focused on improving the education, health and financial stability of residents of Glynn and McIntosh counties. These programs are managed by 23 local non-profit agencies and are projected to impact 1 in 4 residents of the 2 counties in the upcoming year.

These community investment grants will help individuals and families access much needed services and programs that address immediate issues like increasing access to pre-K for low income children, reducing the number of children who live in poverty, and reducing the number of youth aged 16-24 who are not working nor in school.

Twenty-four volunteers from across Glynn and McIntosh Counties served on a Community Investment Committee that evaluated approximately $1 million in total funding requests and developed funding recommendations for consideration by the United Way Board of Directors. This group collectively donated more than 1,000 volunteer hours over a 3-month period during which they reviewed applications, conducted site visits, interviewed agency staff and board members, and deliberated over how to make the most impact with the amount of money available. 3-year veteran of the committee and United Way Board member Justin Callaway states “the job of this committee is to make sure to measure the impact of the financial investments within the funded programs and not just to fund programs that reach large numbers of residents”.

Written by jeffbetts on November 13, 2018. Posted in News

United Way raises about a third of annual goal so far

United Way of Coastal Georgia has raised more than 30 percent of its $900,000 goal for the 2018-2019 traditional workplace giving campaign, which began two months ago. “The good news is we are 33 percent of our goal, which is ahead of where we were last year,” said Virginia Brown, president and CEO of the local United Way, on Monday. The workplace giving campaign, which kicked off Sept. 7, typically raises the most money for United Way annually, Brown said.

Brown and Donna Leggett, director of development and marketing for the local United Way, are busy now making presentations to local businesses, encouraging them to donate. The presentations focus on the challenges faced by the community that United Way is fighting to address and provides statistics that capture the needs of this area. The money raised will stay local and go to nonprofits working to address issues of health, education and financial stability in the community.

United Way Campaign is a Worthy Cause

Written by jeffbetts on November 13, 2018. Posted in News

We have seen and heard the numbers before, but they still are eye opening.

The United Way of Coastal Georgia kicked off its annual fundraising campaign this year and reminded us again that poverty is widespread in Southeast Georgia.

Fighting that poverty takes a united front and a massive effort from the community. This year, the United Way is seeking to raise $900,000 to fight poverty and the issues that come with it. The money, which is raised locally, will go to increasing access to health care and education and to aiding local families and children in need. It is a noble cause that is worth our time and effort as a community.

“United We Fight” is a fitting theme for the campaign this year. Addressing these local issues cannot be the work of only one individual or organization. Minimizing the impacts of poverty and finding ways to aid local people and families in their struggle to climb out of it requires a large group effort. 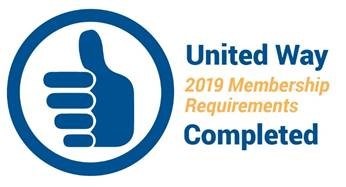